It started as a passion...
and has ended up as so much more! A team that is constantly growing and changing, with new and different championships being entered in different cars, we have barely got started!

James, director and chief racing driver, entered his first race in the Lotus Elise Trophy in a Lotus Elise S1, starting as a middle of the pack driver he worked his way up the field and took his first win in his first year against some big names in British motorsport, including two current BTCC drivers and an ex Formula 1 driver!

The first year James raced something other than a Lotus when he was invited to fill in at a round of GT Cup, racing a Ferrari 458 Challenge similar to our own car. James surprised a few people turning up and winning 2 races, along with 2 fastest laps!

A new challenge came around when Jake, chief spanner rattler, got his race license and decided to get behind the wheel. James & Jake entered into the Citroen C1 Challenge which has grown to become one of the most competitive series in the UK!

Having competed mainly in modern cars, the opportunity came for JLMotorsport to get into modern classics with a Ferrari 355 Challenge. After some teething troubles, James took the Pirelli Formula Classic championship by storm winning 11 out of 12 races, and setting new lap records along the way! This success even earnt James the Sir Anthony Bamford trophy which is awarded to the most successful Ferrari Owners Club driver of the year!

Our biggest year yet, with us continuing with the Ferrari 355 and Citroen C1, whilst also entering the British Endurance Championship with leading Porsche team Valluga!
Keep up to
Date 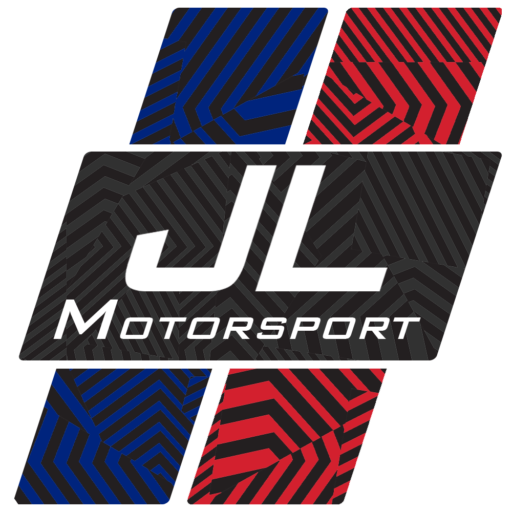